Marraiges Based On Sacrifice 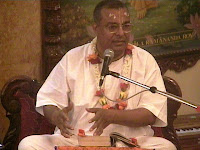 
Translation:
Sukadeva Gosvami continued: Because such a marriage is not sanctioned by regular scriptures, King Yayati did not like it, but because it was arranged by providence and because he was attracted by Devayani's beauty, he accepted her request.

Purport:
According to the Vedic system, the parents would consider the horoscopes of the boy and girl who were to be married. If according to astrological calculations the boy and girl were compatible in every respect, the match was called yotaka and the marriage would be accepted. Even fifty years ago, this system was current in Hindu society. Regardless of the affluence of the boy or the personal beauty of the girl, without this astrological compatibility the marriage would not take place. A person is born in one of three categories, known as deva-gana, manusya-gana and raksasa-gana. In different parts of the universe there are demigods and demons, and in human society also some people resemble demigods whereas others resemble demons. If according to astrological calculations there was conflict between a godly and a demoniac nature, the marriage would not take place. Similarly, there were calculations of pratiloma and anuloma. The central idea is that if the boy and girl were on an equal level the marriage would be happy, whereas inequality would lead to unhappiness. Because care is no longer taken in marriage, we now find many divorces. Indeed, divorce has now become a common affair, although formerly one's marriage would continue lifelong, and the affection between husband and wife was so great that the wife would voluntarily die when her husband died or would remain a faithful widow throughout her entire life. Now, of course, this is no longer possible, for human society has fallen to the level of animal society. Marriage now takes place simply by agreement. Dampatye 'bhirucir hetuh (SB 12.2.3). The word abhiruci means "agreement." If the boy and girl simply agree to marry, the marriage takes place. But when the Vedic system is not rigidly observed, marriage frequently ends in divorce.
at April 01, 2011