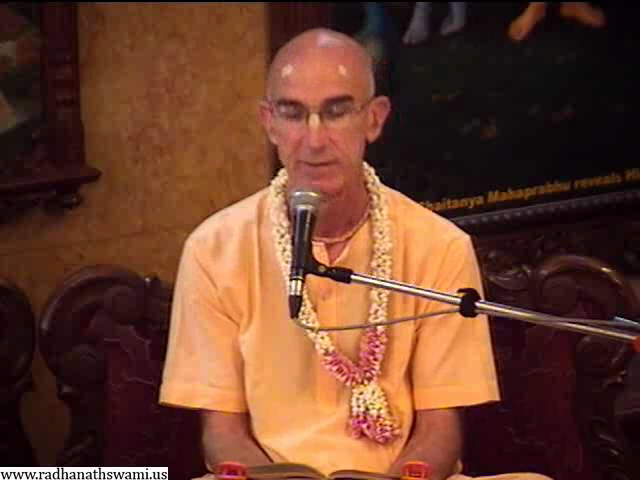 
Translation:
The Supreme Lord stayed in that city for some time to please His devotees. On one occasion, Sri Krsna wanted to give the Khandava forest as a gift to Agni, and so the Lord became Arjuna’s charioteer.

Purport:
Srila Jiva Gosvami explains the sequence of events that occurred during Lord Krsna’s stay with the Pandavas. He states that first the Khandava forest was burned, then Kalindi was found, then the city was constructed, and then the assembly hall was presented to the Pandavas.

Translation:
Being pleased, O King, Lord Agni presented Arjuna with a bow, a set of white horses, a chariot, a pair of inexhaustible quivers, and armor that no fighter could pierce with weapons.


Translation:
When the demon Maya was saved from the fire by his friend Arjuna, Maya presented him with an assembly hall, in which Duryodhana would later mistake water for a solid floor.


Translation:
Then Lord Krsna, given leave by Arjuna and other well-wishing relatives and friends, returned to Dvaraka with Satyaki and the rest of His entourage.


Translation:
The supremely auspicious Lord then married Kalindi on a day when the season, the lunar asterism and the configurations of the sun and other heavenly bodies were all propitious. In this way He brought the greatest pleasure to His devotees.


Translation:
Vindya and Anuvindya, who shared the throne of Avanti, were followers of Duryodhana’s. When the time came for their sister [Mitravinda] to select her husband in the svayamvara ceremony, they forbade her to choose Krsna, although she was attracted to Him.

Purport:
The feelings of enmity between the Kurus and the Pandavas were so strong that Mitravinda’s brothers, out of friendship for Duryodhana, forbade the young maiden to accept Krsna as her husband.