Enhance Your Morality For Better Service 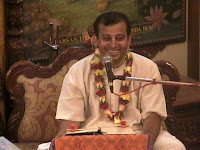 
Translation:
Lord Siva, his good sense taken away by the woman because of lusty desires to enjoy with Her, became so mad for Her that even in the presence of Bhavani he did not hesitate to approach Her.


Translation:
The beautiful woman was already naked, and when She saw Lord Siva coming toward Her, She became extremely bashful. Thus She kept smiling, but She hid Herself among the trees and did not stand in one place.


Translation:
His senses being agitated, Lord Siva, victimized by lusty desires, began to follow Her, just as a lusty elephant follows a she-elephant.


Translation:
After following Her with great speed, Lord Siva caught Her by the braid of Her hair and dragged Her near him. Although She was unwilling, he embraced Her with his arms.


Translation:
Being embraced by Lord Siva like a female elephant embraced by a male, the woman, whose hair was scattered, swirled like a snake. O King, this woman, who had large, high hips, was a woman of yogamaya presented by the Supreme Personality of Godhead. She released Herself somehow or other from the fond embrace of Lord Siva's arms and ran away.


Translation:
As if harassed by an enemy in the form of lusty desires, Lord Siva followed the path of Lord Visnu, who acts very wonderfully and who had taken the form of Mohini.

Purport:
Lord Siva cannot be victimized by maya. Therefore it is to be understood that Lord Siva was being thus harassed by Lord Visnu's internal potency. Lord Visnu can perform many wonderful activities through His various potencies.

The Supreme Lord has various potencies, by which He can act very efficiently. To do anything expertly, He doesn't even need to contemplate. Since Lord Siva was being harassed by the woman, it is to be understood that this was being done not by a woman but by Lord Visnu Himself.
at February 18, 2010