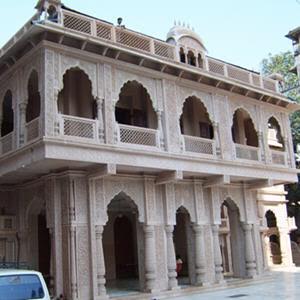 
SB 11.3.40
yarhy abja-nabha-caranaisanayoru-bhaktya
ceto-malani vidhamed guna-karma-jani
tasmin visuddha upalabhyata atma-tattvam
saksad yathamala-drsoh savitr-prakasah
Translation:
When one seriously engages in the devotional service of the Personality of Godhead, fixing the Lord’s lotus feet within one’s heart as the only goal of life, one can destroy the innumerable impure desires lodged within the heart as a result of one’s previous fruitive work within the three modes of material nature. When the heart is thus purified one can directly perceive both the Supreme Lord and one’s self as transcendental entities. Thus one becomes perfect in spiritual understanding through direct experience, just as one can directly experience the sunshine through normal, healthy vision.

Purport:
In the previous verse it was explained that one can have a preliminary glimpse of the eternal, unchanging soul by remembering one’s experience of peacefully sleeping even while the mind and senses were totally inactive. One may ask, If in deep sleep there is a preliminary experience of the soul, why upon waking does one return to illusory material existence? It may be answered that because of material desires lodged within the heart the conditioned soul is addicted to the nescience of material sense gratification. A prisoner may glimpse through the bars the free light outside the prison window but still remain captive behind the bars. Similarly, although a conditioned soul may have a glimpse of the spirit soul, he remains captured within the bondage of material desires. Therefore, although one may have a preliminary understanding of the eternal soul that exists within the temporary body, or even of the Supersoul that accompanies the individual soul within the heart, a specific process is still required to eliminate the cause of material existence, namely material desire.

As explained in Bhagavad-gita (8.6):
yam yam vapi smaran bhavam
tyajaty ante kalevaram
tam tam evaiti kaunteya
sada tad-bhava-bhavitah
“Whatever state of being one remembers when he quits his body, that state he will attain without fail.” According to one’s desire at the time of death a suitable material body is awarded by material nature. Karmana daiva-netrena jantur dehopapattaye. According to one’s fruitive desires and actions and under the jurisdiction of the representatives of the Lord called demigods, the living entity is awarded a particular material body, which is inevitably subject to harassment by birth, death, old age and disease. If one can eliminate the cause of a particular phenomenon, logically he also eliminates the effect. Therefore, this verse states that one should desire only to achieve shelter at the lotus feet of the Personality of Godhead. One should give up illusory desires for material society, friendship and love, since such desires cause further material bondage. One should fix his mind on the Supreme Personality of Godhead, Krsna, so that without fail one can remember Krsna at the time of death. As the Lord states:
anta-kale ca mam eva
smaran muktva kalevaram
yah prayati sa mad-bhavam
yati nasty atra samsayah
“Whoever, at the time of death, quits his body remembering Me alone, at once attains My nature. Of this there is no doubt.” (Bg. 8.5) The Supreme Personality of Godhead, Krsna, is the actual shelter for every living being. And the Lord can be directly perceived as soon as one’s heart has become transparently clean through bhakti-yoga.
Bhagavad-gita describes the state of achieving the Supreme Personality of Godhead by the words tato mamtattvato jñatva visate tad-anantaram, and sometimes impersonalists falsely interpret these words to be a description of brahma-sayujyam, or impersonal merging into the existence of the Lord. It is clearly mentioned in this verse that one must fix his mind and devotion on the lotus feet of abja-nabha, or the Supreme Personality of Godhead. If the individual living entity were equal to the Personality of Godhead, the living entity could simply think of himself in order to be purified. But even then a contradiction would arise: the Personality of Godhead has no need to be purified, since He is described in Bhagavad-gita as pavitram paramam, or the supreme pure. Therefore, one should not artificially try to twist an impersonal meaning out of the statements of the Vedic literature.
Srila Visvanatha Cakravarti Thakura has stated that the perfect stage of devotional service indicated in this verse can be observed in the activities of such great devotees as Dhruva Maharaja. Dhruva Maharaja approached the Personality of Godhead desiring a political adjustment on the material platform, but when purified by chanting the holy name of God (om namo bhagavate vasudevaya) he felt no further need for material sense gratification. As stated in the First Canto of Srimad-Bhagavatam, janayaty asu vairagyam. As soon as one advances in devotional service, one is freed from the embarrassment of superficial material desires.
The words upalabhyata atma-tattvam are significant in this verse. Visvanatha Cakravarti Thakura says that atma-tattvam, or knowledge of the soul, indicates knowledge of the Supreme Personality of Godhead along with His various expansions such as the impersonal brahmajyoti and the marginal living entity himself. As indicated here by the word saksat, perceiving the Personality of Godhead means seeing the personal form of the Lord, His hands and legs, His various transcendental vehicles and servants, and so on, just as by devotion to the sun-god one can gradually perceive the personal body of the sun-god, along with his chariot and personal attendants.
Srila Bhaktisiddhanta Sarasvati Thakura has pointed out that in verses 35 through 39 the various stages of standard logic are demonstrated. Verse 35 establishes the visaya, or general thesis. Verse 36 manifests samsaya, or an expression of doubt. Verse 37 gives the purva-paksa, or opposing argument. And verse 38 definitely establishes the siddhanta, or conclusion. Verse 39 presents sangati, the summary. The sangati, or final word, is that one should become a pure devotee of the Personality of Godhead and worship the Lord’s lotus feet. Thus by cleansing the mirror of the heart one can see the Lord, just as a normal human being with healthy 20/20 vision can very easily see the brilliant rays of the sun or as an advanced devotee of the sun-god himself can see the personal body of the sun-god.